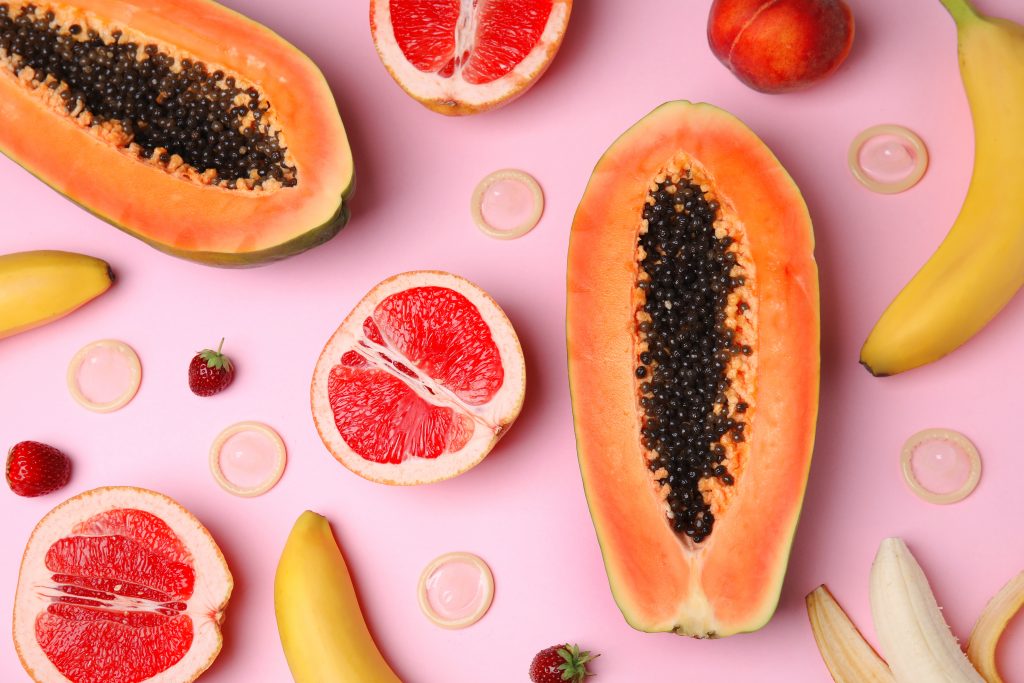 Research confirms what most of us intuitively already know; regular sex, which is defined as 2+ lovemaking sessions per week, provides incredible benefits to your heath, longevity and overall wellbeing. Here are the top reasons to increase your dose of vitamin S:

This applies to both male and female factor fertility. For men, studies have found that frequent lovemaking improves all parameters of sperm quality. Fertility increases when men ejaculate approximately every 2 days, while sperm health drops dramatically after 10 days of abstinence. I typically advise my male fertility patients to try and engage in intercourse at least twice weekly to improve sperm health, regardless of whether or not their partner is in their fertile window. Frequent sex has also been shown to help balance a woman’s hormones and regulate her periods. Healthy hormones and regular ovulation and menstruation are critical when it comes to baby-making so it’s important to hit the sheets regularly throughout your cycle when preparing to conceive – not just during ovulation.

A recent Australian study found that people who engaged in sexual activity (either with a partner, or solo) at least three times weekly had a 50% lower chance of dying compared to subjects who only climaxed once a month. Regular sex has been shown to reduce your risk of developing certain cancers, and there are even quite a few studies linking a healthy sex life to a tip-top cardiovascular system. If you’re a man, having sex three times a week can halve your risk of having a heart attack – likely due to the fact that it lowers blood pressure and improves your overall stress response. Lady hearts need sex too; one study from Israel found that women who had two orgasms a week were up to 30% less likely to have heart disease than those who did not have sex or didn’t have an orgasm.

The more sex you have, the sexier you become! This boost in sex appeal occurs because sexual activity releases pheromones; chemicals that make you more attractive to others. As a woman, sex is one of your powerful anti-aging secret weapons since it increases estrogen levels resulting in firmer, younger-looking skin. Sex also increases the flow of blood and nutrients to the skin which leads to improved skin cell turn over and a natural healthy glow.

Sex is the ultimate ant-aging health hack because it activates an important anti-aging cellular process called autophagy. Autophagy literally translates to ‘self-eating’ and refers to the body’s natural self-cleaning mechanisms. One of the main contributors to aging is the accumulation of old, dysfunctional cells in the body. Autophagy clears out these old damaged cells to keep you looking young and lovely. So, how much sex should we really be having if we want increase longevity? One study found that 200 orgasms yearly was a potent autophagy-activator.

Like any other form of aerobic exercise sex causes your brain to release feel-good chemicals that boost your natural serotonin levels. Serotonin is linked to improved mood and increased post-coital levels of this neurotransmitter is one of the major reasons that people generally feel happy and relaxed after sex. A study tracked the sex life of 300 women and found that sexually active women were much less likely to feel depressed than women who go without sex.

In addition to balancing neurochemical levels, sex can also improve your stress tolerance. Studies show that people who had frequent sex had better stress coping mechanisms than those who had abstained. Research has also proved that touching and cuddling during and after sex releases a hormone called oxytocin, which in turn reduces the body’s levels of cortisol – aka your stress hormone. This sex-induced oxytocin release has additional benefits on your mood because it can help you get a better night’s sleep. Both men and women release this relaxing hormone during an orgasm resulting in improved sleep sleepiness.

If you’d like to work together and you’re not a resident of Ontario*, or if you do live in Ontario and you’d prefer an online consultation you can book online with Dr. Sarah here.

This site uses Akismet to reduce spam. Learn how your comment data is processed.

Are You Always Hungry?

What’s Cooking In This Doctors Kitchen?